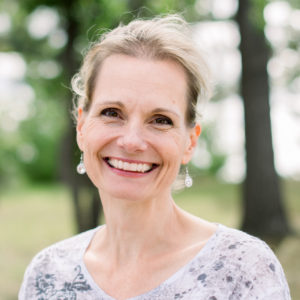 A Commonwealth Scholar, Dr. Carolyn Weber holds her B.A. Hon. from Huron College at Western University, Canada and her M.Phil. and D.Phil. from Oxford University, England. Dr. Weber is an award-winning author, popular professor and international speaker with talks ranging from campuses world-wide to Billy Graham’s Cove and 100 Huntley Street. She has given numerous radio, television and podcast interviews on the intersection of faith and literature, as well as topics related to women and faith. She has served as faculty at Oxford University, Seattle University, University of San Francisco and Westmont College, and was the first female dean of St. Peter’s College, Oxford. She currently teaches at Heritage College and Seminary, and at Brescia University College in Canada.

Carolyn Weber’s first memoir, Surprised by Oxford (Thomas Nelson/Harper Collins) won among other distinctions the Grace Irwin Award, the largest award for Christian writing in Canada. Holy is the Day: Living in the Gift of the Present (InterVarsity Press) was short listed for the same prize, and won the faith living category. Her new book Sex and the City of God: A Memoir of Love and Longing examines another way of being in relationship to this world (InterVarsity Press).

Carolyn Weber resides in a timeworn but beloved Canadian farmhouse with her husband, four spirited children, and grandma, along with their animal menagerie.